I was recently inspired by a business we work with when they sent me an email that pointed out the under performance of their Adwords campaigns.

In an email that most people would have filled with exclamation points and shouty words in capslock they pointed out that the statistics were showing they had spent around $900 on AdWords to get $200 worth of business in the last month. Understandably they were very upset so I took some time to analyse the data fully and see if this was the case.

What they were seeing was partly true. AdWords was only tracking a small proportion of the business being closed due to some integrations that were in place and how it saw the data. The integrated software was not counting a few online deals, but the analysis still showed that January was a poor month for closed business, only around $500 for the $900 that was spent.

I expanded the view to cover the past 3 months. That's when data changed hugely.

We could see that over the most recent three month period their spending had been around $2,500 but the revenue they gained (and this was online only as it's pretty tricky to track phone orders) was over $4,000.

Even then it got me wondering if we were looking at marketing the right way.  Was looking at AdWords as a purely spend to revenue investment correct?

I explored a few customer records within that time period and noticed that the purchase from paid advertising in January, which the client had seen, was a customer that had originally come from organic search. What had happened is they'd seen the ad, clicked and bought but does search get any credit for pulling in that customer in the first place?

Another customer had come through from paid search but hadn't bought anything until 3 months later. During that time they'd seen 4 emails and read a blog article. Which of those activities is attributed the sale?

The additional challenge to all this is a business's need to see immediate dollar returns from a discipline that takes months to yield results. The fact that the client looked at the last month's dollar spend vs dollar returns is very normal, but is it correct?

As the three month trend showed us the average was a positive Return On Ad Spend (ROAS), even though January was under performing. If we turned off the AdWords today (due to it not delivering in January) yes we'd see a positive ROAS in February of no ad spend but a few people trickling in as ad budgets ran out but would we see any new business in March?

The other angle we looked at was how many new contacts AdWords had brought in to the business, contacts that were now being nurtured that didn't exist before.

People tend to forget the 'advertising' aspect of AdWords. Even though it's more measurable than print or out of home it is still partially functioning as advertising should, as an awareness tool.

That means that just by sitting there as eyeballs pass over it and brains register your brand it's doing its job as a step in the awareness phase of attracting new prospects.

Many people see an either/or approach in search engine marketing (SEM). Either you invest in organic search, or in paid search. In Google's own research it noted that 89% of search engine traffic would not be recovered by organic search if advertising was dropped, so in reality you probably need both.  To see if this was the case we dived even deeper into the analysis we have available.

The findings were clear in that even when paid advertising doesn't deliver a dollar for dollar return it's still feeding the sales funnel. One client receives 10% of website visitors from paid advertising, another manages 11.5%, a third gets 14%. If all were to drop their paid advertising only a small proportion of that traffic would be recovered by organic search efforts.

AdWords, as with any marketing and especially advertising, isn't a dollar for dollar exchange for revenue.  If it were then every business would chuck every dollar it makes back into advertising to see revenue grow.  Good advertising will generate customers but it won't always do so instantly, many will take a few weeks or months to buy from you, especially if your product takes a little thinking about.

Measuring marketing is a huge challenge for any business.  To discover a few key metrics that can help you put some ROI on your ad spend click the link below. 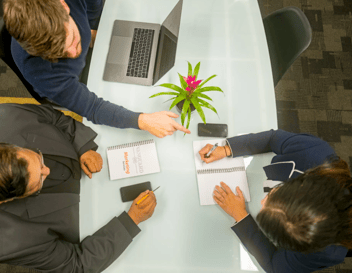 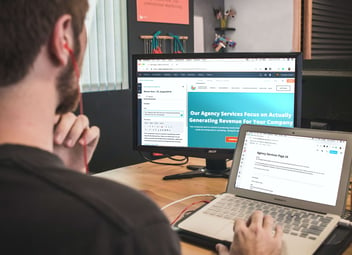 What is inbound marketing?